I had a chance to discuss franchising with Daymond John, the recognized TV personality and investor on ABC’s award-winning Shark Tank, the founder and CEO of international hip-hop fashion brand FUBU, Inc., and the NYT and WSJ bestselling author of The Power of Broke.

John talked about how to succeed as a franchise entrepreneur and said that he’s looking forward to serving as a guest judge at the NextGen Global Franchising Competition at the IFA’s Annual Convention in Phoenix on February 10-13, 2018.

John hopes to see entrepreneurs present a strong proof of concept, scalability of the business, and a response from the experts in the live audience.

“The ones who are successful at franchises are the ones who’ve failed in the past,” said John. “They’re the hustlers at 5am. They’ve seen what not to do, and so they’ve found something that fits their life.”

“I have people tell me, ‘Running your own business is tough, and I didn’t know what I was doing.’ So these franchisees don’t have a problem paying the 5-10% to have a lot of the details figured out already.”

John is no fish out of water when it comes to evaluating pitches off the top-rated ABC reality show.

“I’m looking forward to the fact that I can actually judge and not spend my own money,” he laughed. “When it’s your own money you get opinionated, like sharks. But I’m going to be objective and straightforward because I don’t have to hide my shortcomings as an investor.”

A Next Franchise Act

In addition to licensing his $6 billion FUBU brand to open five FUBU Mobile stores in Brooklyn, a concept similar to MetroPCS and Cricket, John disclosed that he’s rolling out a new franchise company and plans to launch it at the IFA Convention in February 2018.

“It’s too early to give out details,” said John. “We’re working on the name right now.”

He didn’t say which industry it’s in, but he did say some industries perform better than others as franchises. For example, John pointed out that “lifestyle experiences” are a great fit.

“I don’t see enough dance studios. That’s something you can’t do on your phone,” he chuckled. “Something that offers a community with a physical element is good for franchising, like the Flywheels of the world, or anything related to fitness. I have ownership in a couple crossfit gyms.”

Finding “Intimacy” and “Symbiosis” in a Single Business Model

John said he prefers the franchise model over the traditional “corporate” business model because it offers a unique intimacy and symbiosis between stakeholders. He referenced the story of his “potentially biggest Shark Tank deal ever”, Bubba’s-Q Boneless Ribs.

After founder and former Detroit Lions NFL player Al “Bubba” Baker appeared on Shark Tank and struck a deal with ribs-loving John, Bubba’s-Q and CKE Restaurants Holdings, Inc., the parent company of Carl’s Jr and Hardee’s, announced a partnership to sell the innovative Baby Back Rib Burger, a burger laden with Bubba’s-Q patented boneless ribs, at 3,000 of their franchise locations nationwide.

John visited a number of Hardee’s and Carl Jr.’s during this deal and met with franchise owners. “It opened my eyes,” he said. “I was fascinated by how entrepreneurial both the owners and staff are and how much they impact the local community.”

John said this “intimacy” is what differentiates franchises from big corporations. In corporations, “It’s a top-down culture with lots of people and lots of rules.”

“Franchising is a more symbiotic relationship where you give an opportunity to other entrepreneurs and they run with it fueled by their own passion.”

However, one’s not better than the other, John points out. “Whether you’re an entrepreneur or an intrapreneur, it’s always about the hustle.”

Being an Entrepreneur Today Isn’t Easier or Harder, It’s Different

Upon mentioning “the hustle”, John reflected on lessons from his own journey as a lifelong entrepreneur, including the differences between today and 30 years ago.

“Today, it’s a lot easier to source manufacturing and manage inventory. You can turnaround good and services faster. Finding financing is easier, whether it’s crowdfunding or Silicon Valley. Analytics is far more advanced. You can know more about your customers today, even down to the color of their hair.”

“Back in my day, I had to do focus groups. I remember going up to people walking on the streets of Harlem and asking them what they thought my products.”

John noted technology has made a huge difference for people starting up a business today. But not without its drawbacks.

“The challenge is everybody can do the exact same thing with a phone and a computer,” said John. “It used to matter that you were in a good city with a strong network but now you can you can do almost anything from anywhere, rural or urban.”

“Couch potato” Has a New Definition

“For companies to succeed, you have to find the right people. But that’s getting harder and harder, especially for new companies,” said the People’s Shark. “You have to build a culture where people want to work. Otherwise, the good ones will just stay home and make a million dollars from their living room couch.”

To get started in investing in the painting industry, especially with Color World Painting you must first understand what it means to franchise. In franchising, there is an FDD, Franchise Disclosure Document, which is a legal document that must be given to...

How to be a semi-absentee owner in a painting franchise

Have you been looking for your next investment as an entrepreneur? Look no further! Being a semi-absentee owner of a painting franchise is perfect for you. This means having full ownership of the company but not being involved in the day-to-day operations and...

Since 1997, Color World Housepainting was born as a residential painting business and throughout the many years worked its way to become one of the top painting franchises. We are now excited to announce we will be transitioning our name to Color World Painting. From...

How to start a Painting Business in 2022

Have you ever dreamt of being your own boss? Being able to go to work whenever you wanted, or just own a business and let your money work for you not you work for it? That is exactly why people, like you, go into franchising. Specifically, the lucrative, painting...

How to be an Entrepreneur in a Painting Franchise

Starting your own business can be intimidating. How will you know if your business plan will work? Are you worried about not having enough experience? Most entrepreneurs who chose to start their first business often chose to franchise. Why? Franchising... 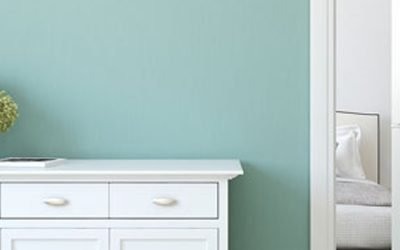 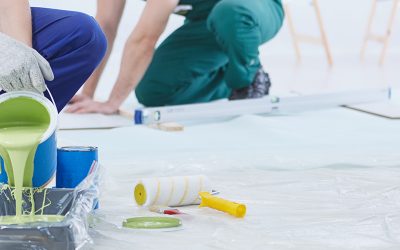 To get started in investing in the painting industry, especially with Color World Painting you must first understand what it means to franchise. In franchising, there is an FDD, Franchise Disclosure Document, which is a legal document that must be given to... 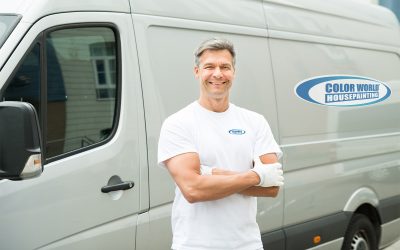 How to be a semi-absentee owner in a painting franchise

Have you been looking for your next investment as an entrepreneur? Look no further! Being a semi-absentee owner of a painting franchise is perfect for you. This means having full ownership of the company but not being involved in the day-to-day operations and...