AUGUSTA (WFXG) – The new James Brown mural in downtown Augusta is set to be finished around the second week in October. FOX 54 spoke with a local woman who helped prepare the canvas, if you will, for the mural.

Evette Hunter owns a local business: Color World House Painting Augusta. They paint houses and do pressure washing. But after one phone call from the mural’s artist, her company became part of something they’ll never forget.

“Cole called and said hey I’m looking for a company that doesn’t mind. He talked about doing a mural and just wasn’t for sure what it was but I still wanted to give back,” said Evette Hunter.

If you’ve been down Broad St. several of times, you’ve probably seen the massive mural of James Brown. But behind the extraordinary wall, lies a woman, her daughter, and her company who helped make it happen.

“What that entails is getting the previous artwork that was down here, cleared that off, laying down the primer foundation so the paint would stick and then the base colors,” said Hunter.

And it wasn’t a quick task. She says the hundred foot long wall consisted of great detail. “Scrubbed, pressure washed, there’s different methods that you can use to prep the wall but that was the least and evasive one and we wanted to give him a smooth surface as possible.”

And by “he”, she means Cole Phail, the artist who was chosen to paint the James Brown mural and is grateful for Evette’s contribution.

“Her whole company had to come and stop what they were doing, get involved with this wall. People don’t really get it sometimes, but this was a great example, somebody stepping up, the community her personally allowing her company to be involved with this project to help me out was just a huge blessing,” said Phail.

Evette says she was happy to be able to give back to the community and seeing the mural come together is priceless. “Watching him and his family, put it together was oh so amazing and just the excitement from the community really made it a lot better.”

After helping prepare the James Brown mural, Evette tells me she looks forward for her company to be a part of another life-changing project.

The Right Economy for Franchising

Franchising is a larger part of the U.S. economy than most people realize. For example, according to independent research firm FRANdata: 1 in 7 U.S. businesses is a franchise; An estimated 3,383 franchise brands operate in the U.S.; An average of 300 new brands open...

When someone invests in a tried and true franchised business that has a track record, they essentially bought themselves a winning lottery ticket. However, have you ever read about lottery winners? Stats show that the overwhelming majority of lottery winners are broke...

What Are The Keys To Franchise Success?

Making any business reach its full potential takes talent.  If you’ve selected your franchise well, your franchisor will be able to help you avoid many of the mistakes new, independent start-up businesses make.  Here are some keys for franchise success.   Make Sure...

5 Things That Make A Franchise Successful

Judging from the performance of Potbelly Corporation (NASDAQ:PBPB) IPO on Friday, franchise remains a popular investment concept in Wall Street—the company operates and franchises Sandwich Works shops in the US. But as is the case with other investment, not every...

I had a chance to discuss franchising with Daymond John, the recognized TV personality and investor on ABC’s award-winning Shark Tank, the founder and CEO of international hip-hop fashion brand FUBU, Inc., and the NYT and WSJ bestselling author of The Power of Broke.... 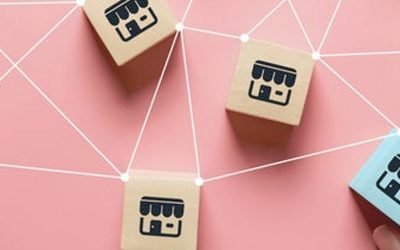 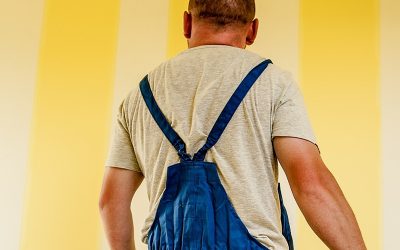