When someone invests in a tried and true franchised business that has a track record, they essentially bought themselves a winning lottery ticket. However, have you ever read about lottery winners? Stats show that the overwhelming majority of lottery winners are broke or back to where they started financially within two years of winning the bonanza.

When investing in anything, scrutiny and due diligence is paramount, of course. Investing in a franchise is one of the most informationally-comprehensive investments you can make, as far as I can tell. Because of the Federal Trade Commission’s rules on selling franchises in the United States and their requirement that every franchise have a Franchise Disclosure Document, which makes a franchise corporate entity totally transparent for the investor, a buyer has an unprecedented amount of information to help make a well-informed and educated decision on any franchise opportunity.

In addition, buyers are encouraged by the franchise company to take time and call as many franchise owners in their system as they’d like. Investors have the opportunity to hear from people in the trenches about how their business is going and whether the franchise company is helping them to succeed in their market. Potential franchisees may even talk to people who have closed their business in the preceding two years. (If you’re currently investigating a franchise get a free download of my “39 Questions to Ask Franchise Owners.”) Still with months of analysis, exploration and probing, many franchise units will still fail.

I can write a book, and actually have written two, on all the reasons why business fail and all the traps to avoid when buying into a franchise. The reasons and excuses for failure are many. I have spoken to many franchisees of failed units and heard all the war stories. Everything from the landlord raised the rent which made it impossible to survive, to the government came out with a study warning consumers about the peril of using the very product or service they were providing, to a spouse got sick or passed away.

I talked to one owner who had the experience of new sewer mains being installed on the street of his establishment. The workers tore up the street and of course, the way government projects go, it took double the amount of time than anticipated to complete the project and effectively put the franchisee and others on the block out of business.

Many times, the franchisee will admit that the business was simply not the right fit. The president of the franchise will quickly add, “Sometimes we award a franchise to the wrong person.” Or, “The franchise unit failed because of ‘operator error, the franchisee just didn’t follow the system!’” Franchise executives will point out the fact that they have X number of franchisees. Some are hugely successful and breaking records. Some are losing money hand over fist. And then they go looking for reasons or excuses to explain it away.

In my opinion, I submit that failing franchisees make really only one fatal mistake that triggers all the glaring issues that can be found an under-performing unit. He or she never made the mental switch from employee to business owner.

So, what happened to these franchise owners who don’t make it?

I believe much of the issue is in their head. Like with lottery winners, when someone becomes a millionaire overnight, they never had the chance to build their knowledge and relationship to money. They are thinking small when they should and could be thinking big. One night some of my friends and I were sitting around dreaming about what we would do if we won a million dollars in the lottery.

My friend Robin blurted out, “Oh my goodness, if we won that much money we could pay someone to paint our apartment!” She wasn’t kidding. It never occurred to her that perhaps they could buy a new house and have someone paint something that they owned. I assume, because of Robin’s upbringing, she never thought that she could think beyond what she knows.

I am persuaded that everyone’s family has a financial thermostat and people from that family will always get back to their set point unless they change their thinking. As youngsters, we are all taught about money, most likely, without realizing it.

As a personal example, I remember my father saying things that I interpreted as gospel without questioning it. Why would I? Father knows best. I vividly recall, the furnace in our house breaking down and dad saying with passion and conviction, “See, as soon as you have a few extra bucks something always goes wrong and the extra money goes out the window.”

One time when my parents were buying a new car — it was used but new to us — dad came into my room with $5,000 in $100 bills and said to me, “Hold this money for a minute. You will never hold this amount of money in your hands again.” That kind of teaching could really dampen someone’s ability to think big. I hold no grudge about my father unknowingly setting my financial thermostat. He didn’t know any better. He was only teaching me what he was taught.

Number one on the hit parade was, “Money goes to money — the rich get richer.” My dad would say on a regular basis with disdain. And he was 100 percent correct. The wealthy do seem to have that “Midas touch.” It’s because rich people are wealthy in their minds before they got rich in their bank account. I think this is where many franchise owners have a disconnect. They scrape together some money, buy into a great franchise but never change their attitude about creating success and wealth.

They are still living in that apartment in their mind instead of thinking about the mansion in their future. Hard work will get you to a certain point but people seem to plateau at a certain financial level. The point of that plateau is what they think they deserve on a subconscious level based on their family’s money set point. To break financial barriers and self-limiting beliefs about money, a franchisee — and really every small business owner — has to train themselves to be a financial winner.

Here are ways to train your brain that have proven successful for me and others who had this financial, generational, mental setback:

Once you change your thoughts and behaviors surrounding money, you will begin to notice a difference in your business and its bottom line. Resetting your financial set point takes conscious effort and daily vigilance. If you want your business to go to the next level, it’s worth the trouble of being attentive to your thoughts and words around money.

Investing in a Franchise During a Recession is The Best Decision

You might be starting to worry about the major recession that is about to happen. Maybe you started to hold off on certain expenses. What if I told you investing in a franchise during a recession is the smartest thing you could do? When looking for financial security...

Veterans in the Home Improvement Industry

Many veterans are looking into franchise opportunities at rates like never before. The U.S Small Business Administration says that almost a quarter of all veterans are interested in starting their own businesses. The International Franchise Association has...

Quitting Corporate to Own a Painting Business

Imagine driving home from work, at 7 pm on a Thursday night stuck in traffic, worrying about the next day your big presentation that your boss made you work late for all week. Now imagine if you had your own business and you worked from home. You were able to...

Franchising is an extremely valuable tool for any small business owner, with the added benefit of allowing them to reach out to a larger market base with their business. In this article, we’ll look at the costs associated with franchise ownership and discuss whether it’s right for you.

Why Painting Businesses Will Flourish in 2023

As home improvement continues to be an ever-growing industry, painting franchises are likely to flourish in 2023. Homeowners are increasingly looking for ways to spruce up their living spaces, and painting is one of the easiest and most affordable ways to do... 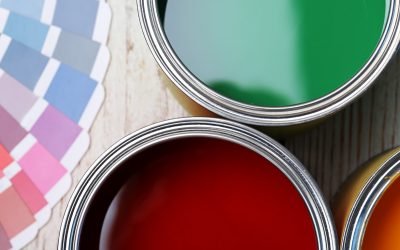 How can I start a painting business?

What does becoming your own boss mean to you? Having the freedom to make your own business decisions and have more control of your financials is all true with business ownership. But how do you get there successfully? With Color World Painting, franchising...

Investing in a Franchise During a Recession is The Best Decision

You might be starting to worry about the major recession that is about to happen. Maybe you started to hold off on certain expenses. What if I told you investing in a franchise during a recession is the smartest thing you could do? When looking for financial security...